Ayako Rokkaku is not the next Nara Yoshitomo, she could achieve more 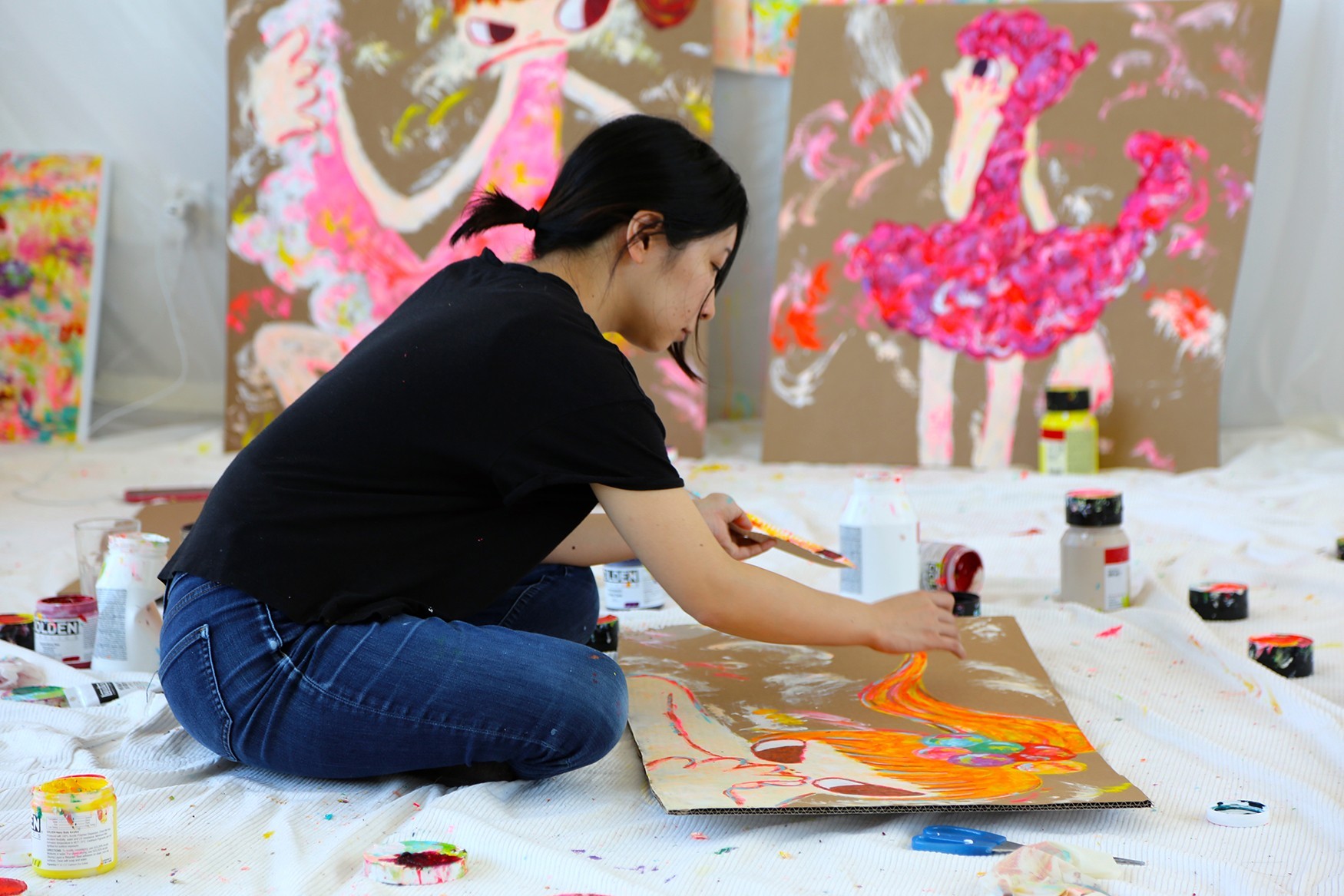 The “BIG 3” of the Japanese contemporary art world are always the hot topic of the industry, they are Kusama Yayoi, Nara Yoshitomo and Takashi Murakami. As time goes by, growing old and diseases are unavoidable issues in our life, even though Kusama Yayoi insisted to create art until 100 years old ; for Nara Yoshitomo, he is enjoying his life already, often share the photo of his life on Twitter; and for Takashi Murakami, he is so busy as a businessman and artist, so he doesn't that much time to produce art. Therefore, everyone is making a guess on which artist would be the next leader of the Japanese art world.

In recent years, the topic of “Who's the next Nara Yoshitomo” has totally gone viral among the world of art, a few artists have become the spotlight of the market once again. Who Articks appreciate the most, it must be Ayako Rokkaku, a renowned Japanese female artist that has debuted for many years already. 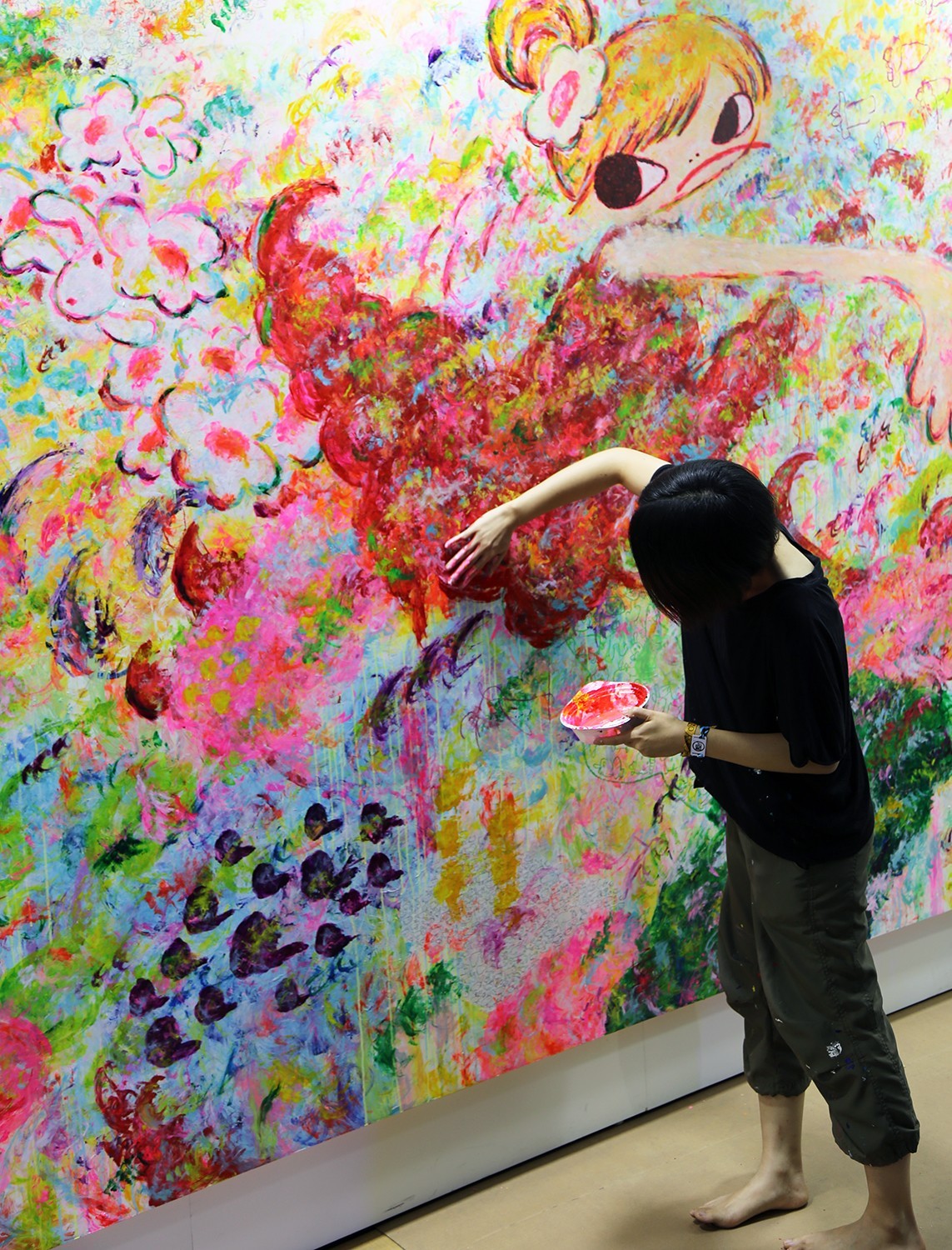 Rokkaku never attended art school, she creates with her fingers but not a paintbrush to paint a colourful and delicate artwork, this is why Ayako Rokkaku could leave a strong impression in people's hearts. When Rokkaku is creating her artwork, it is just like a kind of performance art, highly worth to watch. Articks is obsessed with her work which with the elements of post-impressionism, is impressive!

Post-impressionism focuses on how artists express their emotions, the shaping of colours, forms and shapes of the objects are dominated by emotions and feelings of the artist. It means what the artist drew would not be in an objective way. Here are two paintings which drew by two post-impressionism artists, Van Gogh and Emilio Grau Sala: 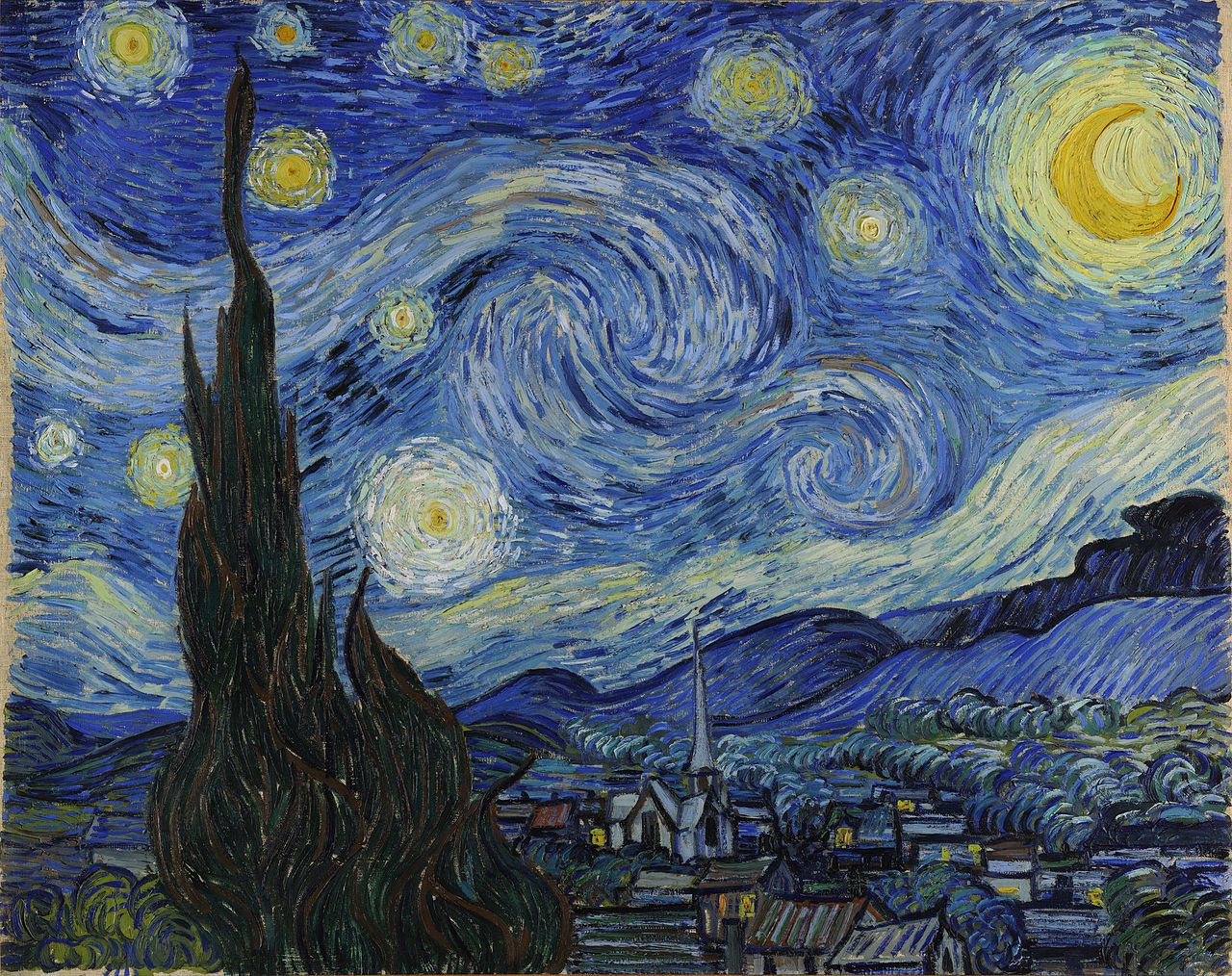 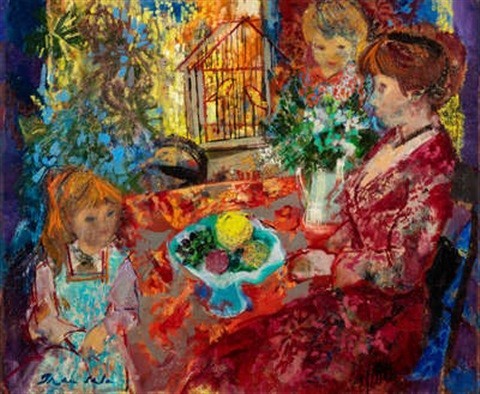 The picture on the left is “The Starry Night” by Van Gogh, which the artist drew after he cut his own ears and admitted to the lunatic asylum. With strong and rough brushstrokes, the fire like cypress, the twisty starry sky, plus the blue colour, it gave a sense of depression to the painting, and reflected the mental status of Van Gogh, depressed and illusory. Unlike Van Gogh, Emilio Grau Sala's artworks were mostly painted in bright colour, the themes are based on a joyful and elegant family life. The picture on the right “Famille de l’artiste”, which the character in the painting was painted in bright colour and created the scenes of a happy family life. Just like the work of Ayako Rokkaku, which is easy to recognise. 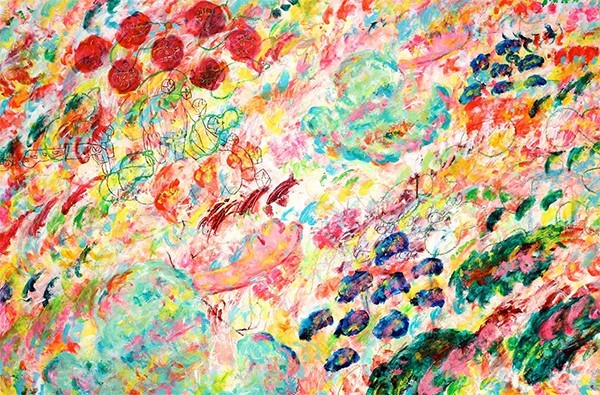 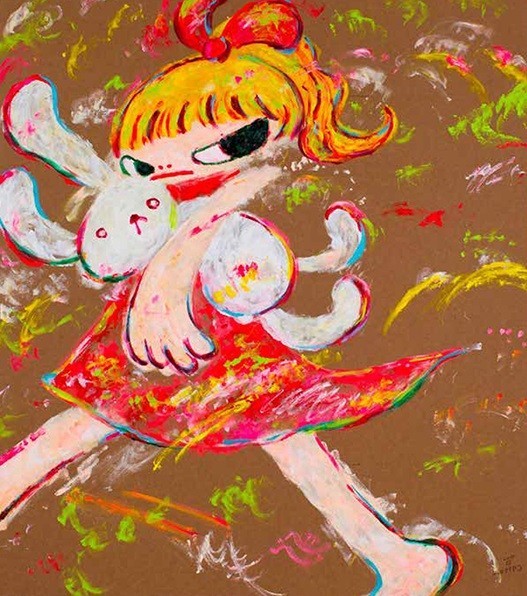 From the three paintings of Ayako Rokkaku, apart from the wide-eyed cartoon girl that we normally see, Rokkaku has created the background with colourful cartoonish flowers and trees, and reflects the innocence of Rokkaku herself: Rokkaku has represented herself with wide-eyed girl and reflected all her emotions in the colourful scenes, this why people always say Rokaku's work are showing of Japanese cartoon style and innocence. As Rokkaku grew up in the environment that surrounded by Japanese contemporary anime culture this is why she could create such cartoonish artworks, which makes her work stand out and strongly recognisable. Frankly, Rokkaku's works are original enough, highly skilled and ornamental, there is no doubt why she won so many of awards in GEISAI Art Festival held by Takashi Murakami's KaiKai KiKi, she truly deserves that.

Her cartoonish styles makes me think of Nara Yoshitomo

In Articks' point of view, Ayako Rokkaku is not simply the next Nara Yoshitomo, but surely more than that. With her creativity, delicate emotions, unique cartoonish style and highly skilled drawing technique, Rokkaku could absolutely be the next leader of the modern Japanese art industry, leading the Japan art world to go further, show the world the diversity of modern Japanese artwork and enhance the international influence of Japanese contemporary art industry. Rather than naming Rokkaku as the next Nara Yoshitomo. I am really looking forward to seeing if Rokkaku could make ‘Japan great again’. 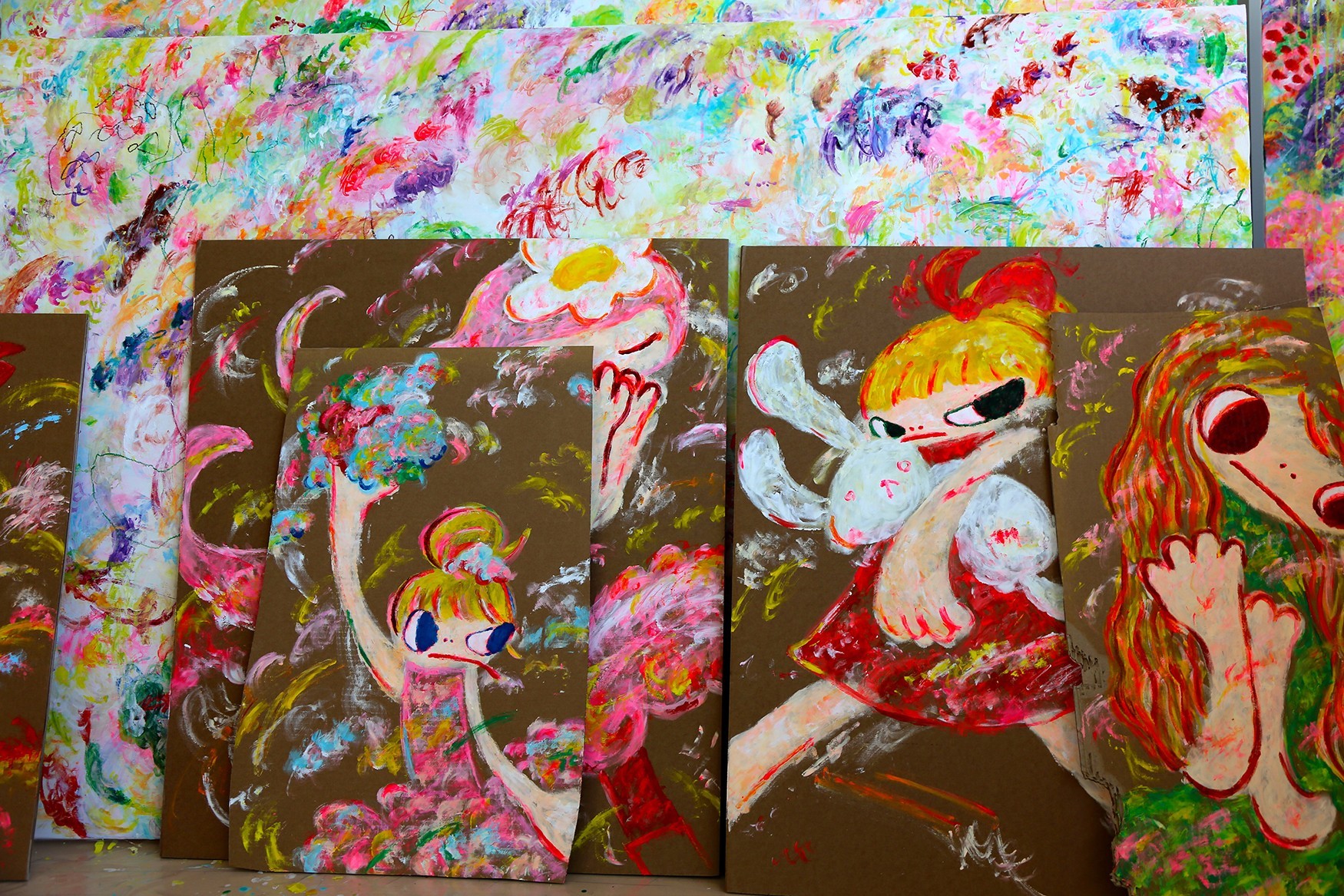