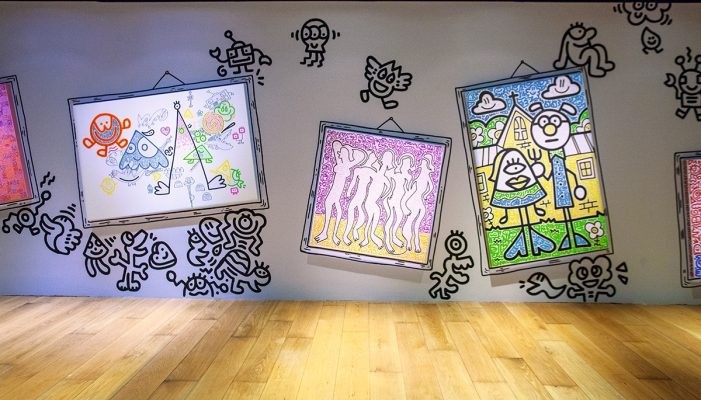 Copying is the biggest inhibition in art, no matter ideas, concept or style, if people affirms the artist is copying something or there is something similar from one artist to another, the reputation of the artist would be completely destroyed, there won't be any second chance. However, what is copying?  How to define the word, ‘copy’, how to define the act, ‘copy’? Here is an example, quite a lot people think that Mr. Doodle copies Keith Haring, what do you think?

The legend of Pop Arts, the expert of critical graffiti

Keith Haring, I believe many of you have heard this name or seen his work before; colourful, expressing complex and critical messages through simple and clear lines, symbols and images, highly recognisable, plus his short but legendary life has made him in a high status and position in the world of art. Mr. Doodle admitted he was deeply influenced by Keith Haring.

Yes, Articks agrees that the style of both artists are quite similar, but I don't think Mr. Doodle copies Keith Haring. Mr. Doodle is simply making use of the art language of Keith Haring to create his own world. 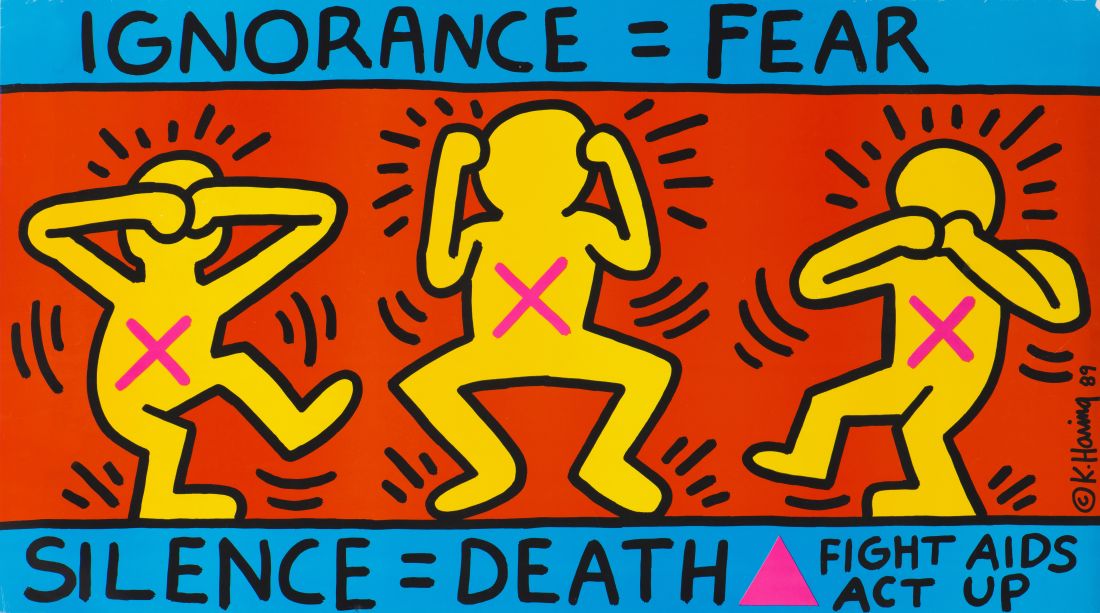 A one pen only story teller 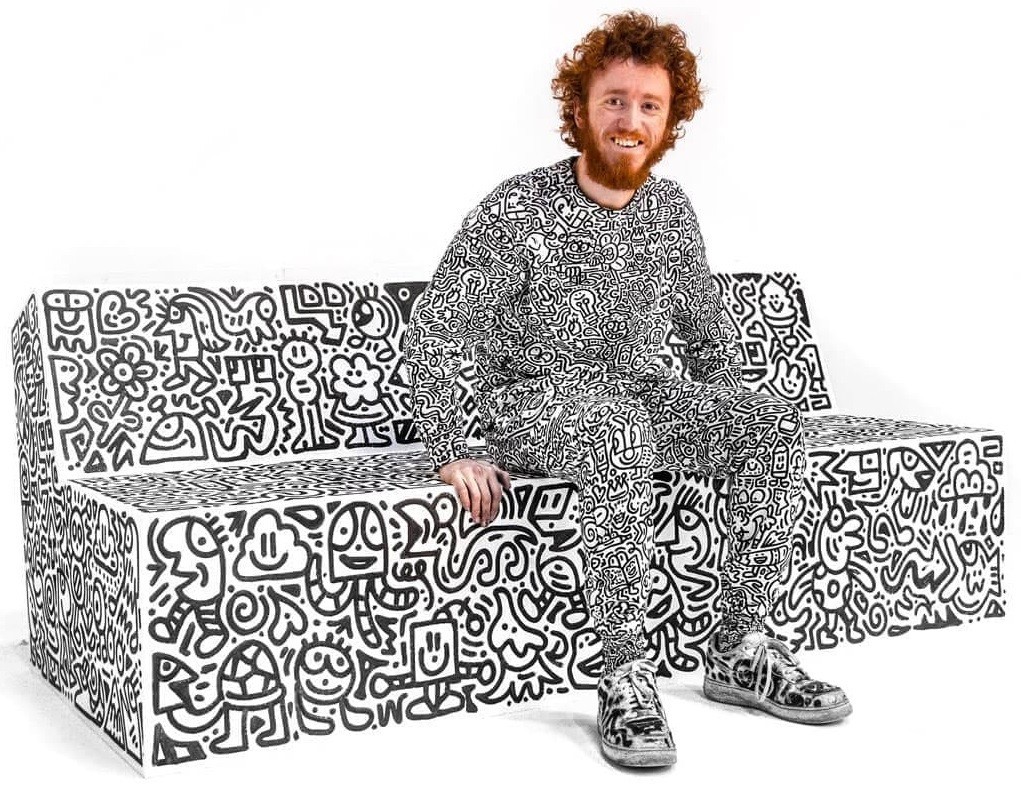 Sam Cox, the English artist, also known as Mr. Doodle, why is he famous? His “Obsessive Compulsive Drawing’, creates dense art in black and white only graffiti. All he needs is just a marker, then he could create art anytime, anywhere; he creates characters in human shape, adorable cartoon just by lines, until he fills every single gaps, clothes, furniture, rooms, sneakers, etc., as long as the condition allows, he could do so.

With distance, his graffiti looks alike to an intensive maze; but if you come closer, you would notice that there are stories behind those graffiti, he is expressing his own feelings and his optimism towards the world, this is the biggest difference between Mr. Doodle and Keith Haring; most of Keith Haring works are with deep and critical meaning, responds to the social issues during that time through his work.

Although Mr. Doodle is not the expert on creating artwork with criticalness, it doesn't mean he lacks critical consciousness. Last year, his playful artworks have slapped the face of those heads in the cloud in the art world. 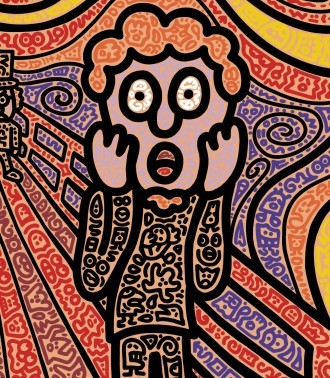 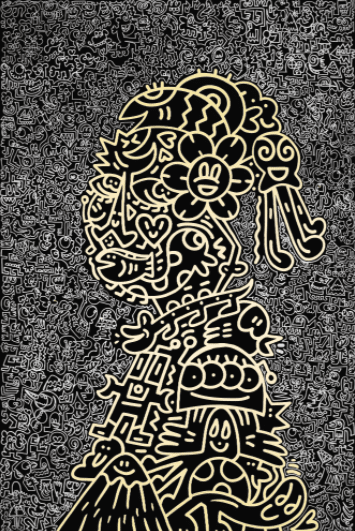 Art critics have criticised that Mr. Doodle graffiti was not good enough, his work lacked aestheticism to be a type of art. As a result, Mr. Doodle recreated the classical paintings in a funnier way and decided to display his work in the world-known auction - Sotheby's, so he held the ‘Mr. Doodle Invades Sotheby's Selling exhibition’ in 2019. Turns out, the exhibition had not even started yet, all the artworks have been sold out, 52 pieces  in total. The demand of Mr. Doodle's work and the result from the exhibition have made a best response to those criticisms, MIC DROP.

Maybe God realised that taking away Keith Haring (passed away in 1990) has made the world lose the colours, so he brings Mr. Doodle (born 1994) to the world. Mr. Doodle is just like Keith Haring, creating more artworks with the inspiration and influence of Keith Haring, a better chance of reflections for the world.

Articks appreciates Mr. Doodle, he creates graffiti with just two hands, one marker and no limits. Especially his ‘Mr. Doodle Invades Sotheby's Selling exhibition’, he shows his determination, he knows what he is doing and the purpose of doing so. Not many artists own the guts and ability to ‘slap’ the art critics, not every artist knows what actually they are creating and the reasons why…